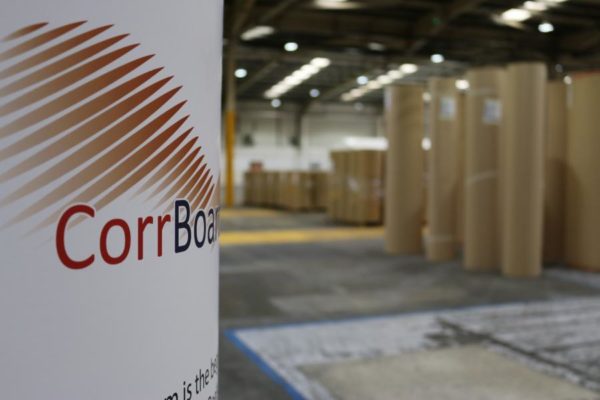 The company started trading in 2014 having been formed by a consortium of UK based packaging companies, who have since been joined by VPK Packaging Group. CorrBoard operates from its 320,000 square feet modern, state of the art production facilities and is on track to achieve a turnover approaching £45 million in the current year. The Castle Square team was led by director Kevan Shaw, with Patrick Lynch also advising on the transaction. Legal service to the company was provided by Jonathan Heaney and David Harris from the Glasgow office of Burnes Paull Solicitors.

Ian Bramley of Wells Fargo headed up the team from Wells Fargo who delivered the funding package. The company currently produces an annualised volume of 130 Million m² of sheets, of the state-of-the-art 2.8mm fast change Fosber corrugator and produces 35 Million m² of single faced product from the same machine.

Kevan Shaw of Castle Square said: “CorrBoard has grown significantly since its inception following the significant ongoing investment initially from its shareholders. We are delighted to have sourced the funding and advised on this transaction, which provides the company with the funding to take sales and operations to the next level.”

Ian Bramley, new business director, Midlands, Wells Fargo Capital Finance UK said: “As a sole lender, we are pleased to have curated a bespoke ABL facility that will accommodate the growing operations of CorrBoard. Since onboarding CorrBoard as a customer, we have established a close working relationship and we look forward to deepening that relationship as they continue to strengthen their business in this increasingly competitive space.”

Raffan West, a director of CorrBoard UK said: “CorrBoard engaged Castle Square to work on the refinance and simplification of its banking arrangements. The team at Castle Square spent the time to understand the business before presenting a range of refinancing options out of which Wells Fargo was determined as the best fit for the business’s future requirements. Castle Square then supported the implementation and on-boarding of the new banking arrangements completing an efficient and professional end-to-end assignment.”