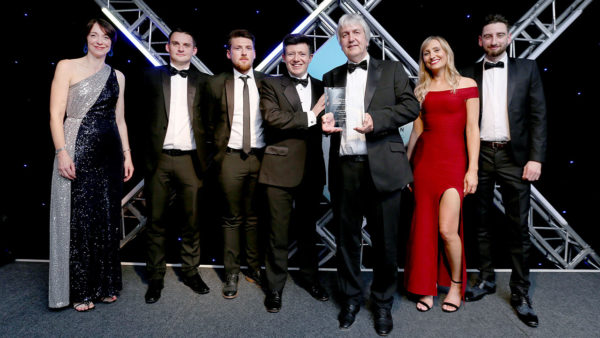 Castle Square Corporate Finance is proud to announce the win of 4 awards at the the Insider Sheffield Dealmaker’s awards 2021.

The team have worked exceptionally hard over the last few years and it is humbling to receive the recognition for this. With individual awards given to Patrick Lynch (Emerging dealmaker of the year) and Kevan Shaw (Dealmaker of the year) it is clear that Castle Square do have a talented and hardworking team!

Corporate Finance Advisory Firm of the Year
Sponsored by Freeths LLP
Winner: Castle Square Corporate Finance
Castle Square advised on 14 completed deals between the five members of its advisory team. The judging panel said that the firm really has the wind behind them and had a very strong year, doing a significant number of deals with a good team, which gets better every year.

Deal of the Year (up to £2.5m)
Winner: Management Buyout of Castings Technology International (CTI) (Castle Square Corporate Finance, Wake Smith, BHP, DLA Piper, Nucleus Commercial Finance, Gateley, Mercia Asset Management, Deloitte)
The judges said the acquisition from Sheffield University saved jobs, will lead to job creation and had echoes of the Sheffield Forgemasters deals of the 1990s, albeit on a different scale.

Dealmaker of the Year
Sponsored by HSBC Bank UK plc
Winner: Kevan Shaw, Castle Square Corporate Finance
Kevan said his standouts were the management buyout of CTI, key to which was mobilising politicians, the LEP and local industrialists. On the sale of Plant Expand he says he had to convince a client on shaping the business for the PE market. And on a growth fundraising for My Money Expert, his challenge was to get a lender to listen to the proposition when many were focusing only on CBILS loans or had stopped lending.